A New Kind of Chocolate Love 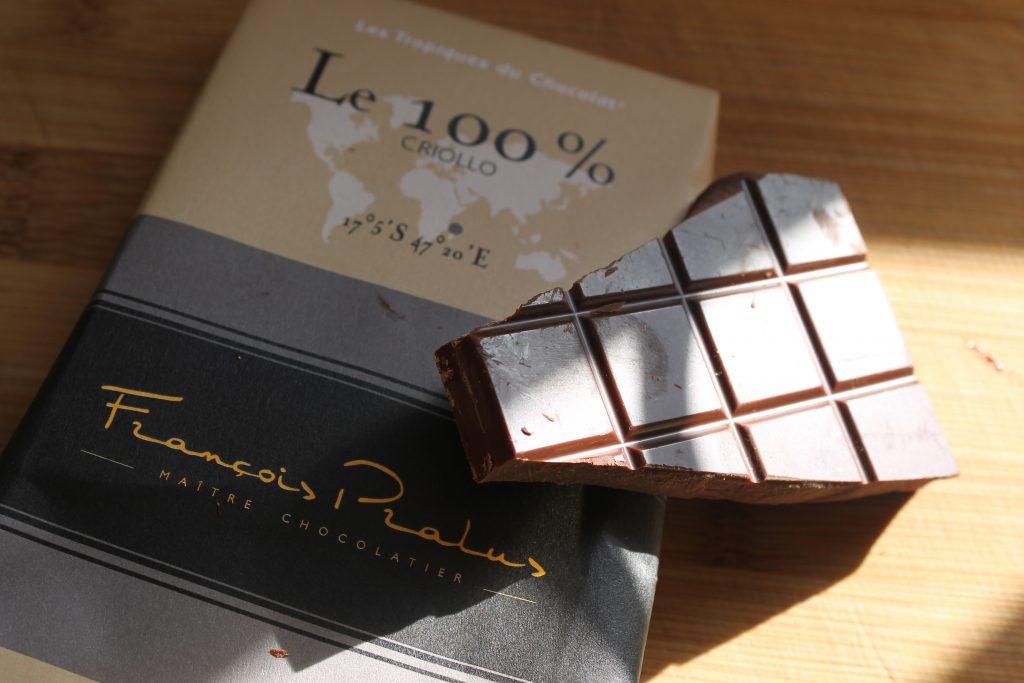 How many people do you know who don’t like chocolate?

The second question is: what exactly we mean when we say we like chocolate? I will explain.

According to Wikipedia, the chocolate industry is worth 60 billion dollars per year. The majority of sales are in sweet chocolate or “milk” chocolate produced by giants like Mars and Hershey’s Food in America and Ferrero and Nestle in Europe.

In the chocolate made by these companies, cocoa beans are usually one ingredient among many – including many additives which are not the best for you to consume.

The main addition, of course, is sugar. What most of us consume as chocolate is no more than another sugar-and chemical-laden food. Chocolate is just a vehicle for selling sugar. Many of these products contain no more than 20% cocoa, and it’s usually cocoa of the lowest quality.

It raises an important question: what do people really mean when they say that they love chocolate? For many of us, I suspect, this is just another form of sugar addiction. 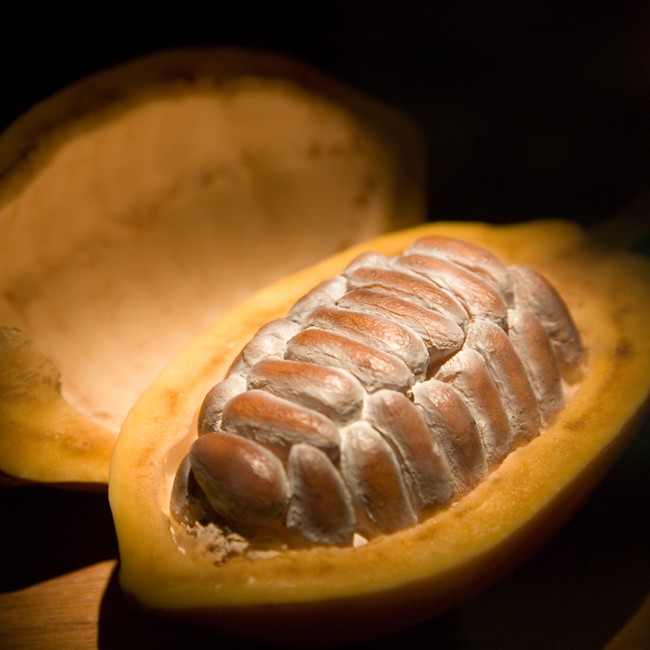 The Aztecs of Mesoamerica believed that the seeds of the cocoa plant were a gift from Quetzalcoatl – the god of wisdom. The seeds had a lot of value and were used as currency. The way they consumed cocoa was only in liquid form. The drink was bitter and spicy and was believed to be an aphrodisiac and to give the drinker strength.

It was only later when cocoa was introduced to Europe that sugar was added to it and it became more like the chocolate we know today.

Eliminating sugar from chocolate forced me to change my perspective. I now see chocolate as nourishing food, rather than candy.

Looking at the nutritional properties of cocoa beans enforces this shift even more:

Before researching this post, I wasn’t aware of the negative aspects of the global chocolate industry. In recent years, journalists exposed the use of child labor in the cocoa farms of Ghana and Ivory Coast. Child labor is modern slavery: children as young as five-years-old earn $2 a day.

Farms in Ivory Coast provide a huge chunk of the global cocoa supply—most of which goes to the big chocolate producers.

I recommend not buying any chocolate that comes from West Africa. Most of the big chocolate producers don’t make those higher percentage chocolate bars, so this becomes easier as you move toward purer chocolate. As in many other cases, the right nutrition choices for your body are also the right ethical choices.

There are no records of child exploitation on cocoa farms in Latin America, so look for chocolate from this region.

Try to find boutique producers in your area. Most likely, the chocolate made by these producers will be higher quality chocolate and sourced ethically.

A New Relationship With Chocolate

I don’t want to ruin your life-long relationship with chocolate, but test yourself: try 100% chocolate.

You’ll find the experience to be far from the comforting experience of your favorite soft, milky chocolate. The flavor is intense, very bitter, and even sour. The texture can be almost chewy.

But the most intense part of the experience is the lack of sugar. After a lifetime of thinking that I loved chocolate, I’ve recently realized that sugar was dominating the experience.

Years ago, I stopped adding sugar to my coffee. The first few cups were harsh, but gradually the palate gets used to the bitter and sour notes and even learns to appreciate them. Sugar is even more integral to chocolate than coffee, and the withdrawal can be dramatic but so much worth it.

You need some practice to acquire a taste for sugar-free chocolate.

A good plan is to gradually increase the amount of cocoa in your chocolate, starting with 70% chocolate. From there you’ll find many companies that produce 85% chocolate. Continue and move your way toward 100% chocolate. I found my perfect balance with 85% cocoa chocolate. There is a hint of sweetness, but it is far from candy in the traditional sense.

So ask your self, what is chocolate for me?

If you think of chocolate as a Mars or a Hershey’s bar, think again. For many of us, these industrial candies have sentimental value. We grew up with these products, and they provided comfort and joy to us as children. The seeds of sugar addiction were planted in us through these actions in childhood, but we are no longer children.

In the chocolate bar section of any quality supermarket today, there are plenty of choices of bars with 70% cocoa and up.

I’de love to hear from you – what is chocolate for you?