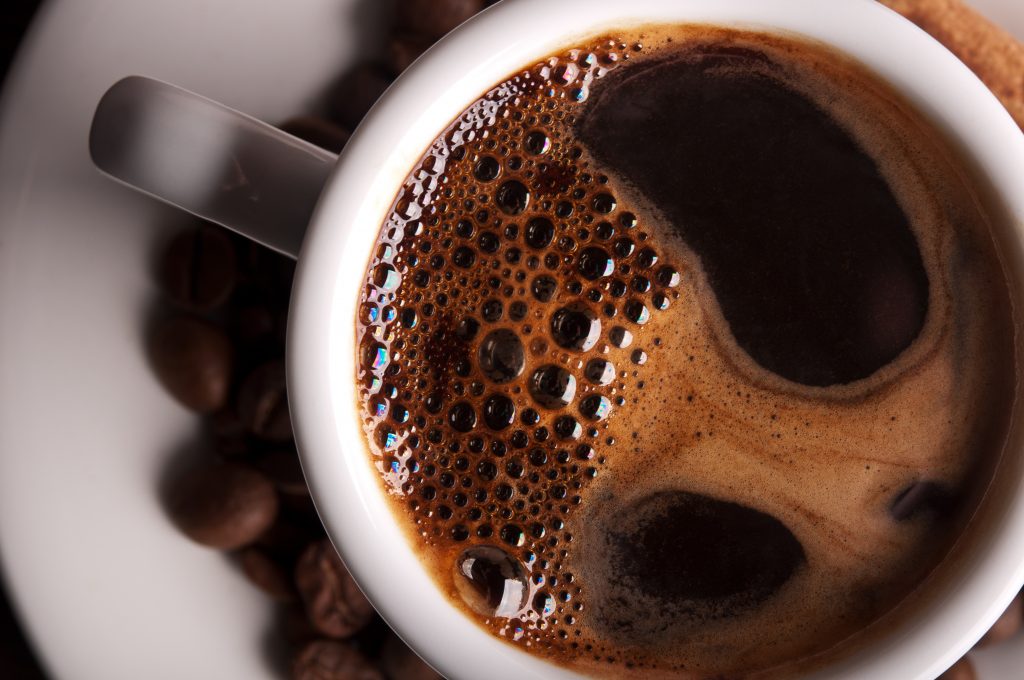 Let’s face it. We all need our little helper to give us an energy boost. Caffeine, no doubt, is the first choice of millions in America, and by caffeine I mean coffee.

In an average city’s downtown, the morning sight of people in suits hurry to their workplaces, in one hand they hold their smartphones and in the other, a Starbucks 16 oz coffee cup, has become an integral part of modern life.

Around the world, however, tea is the most consumed beverage after water. The debate between coffee and tea drinkers is age-old and each person swears by his or her substance of choice.

As always in these matters, knowing your individual physiology and needs is the key. It seems to me, however, that coffee is the default choice for many people who are not aware of its detrimental effects. 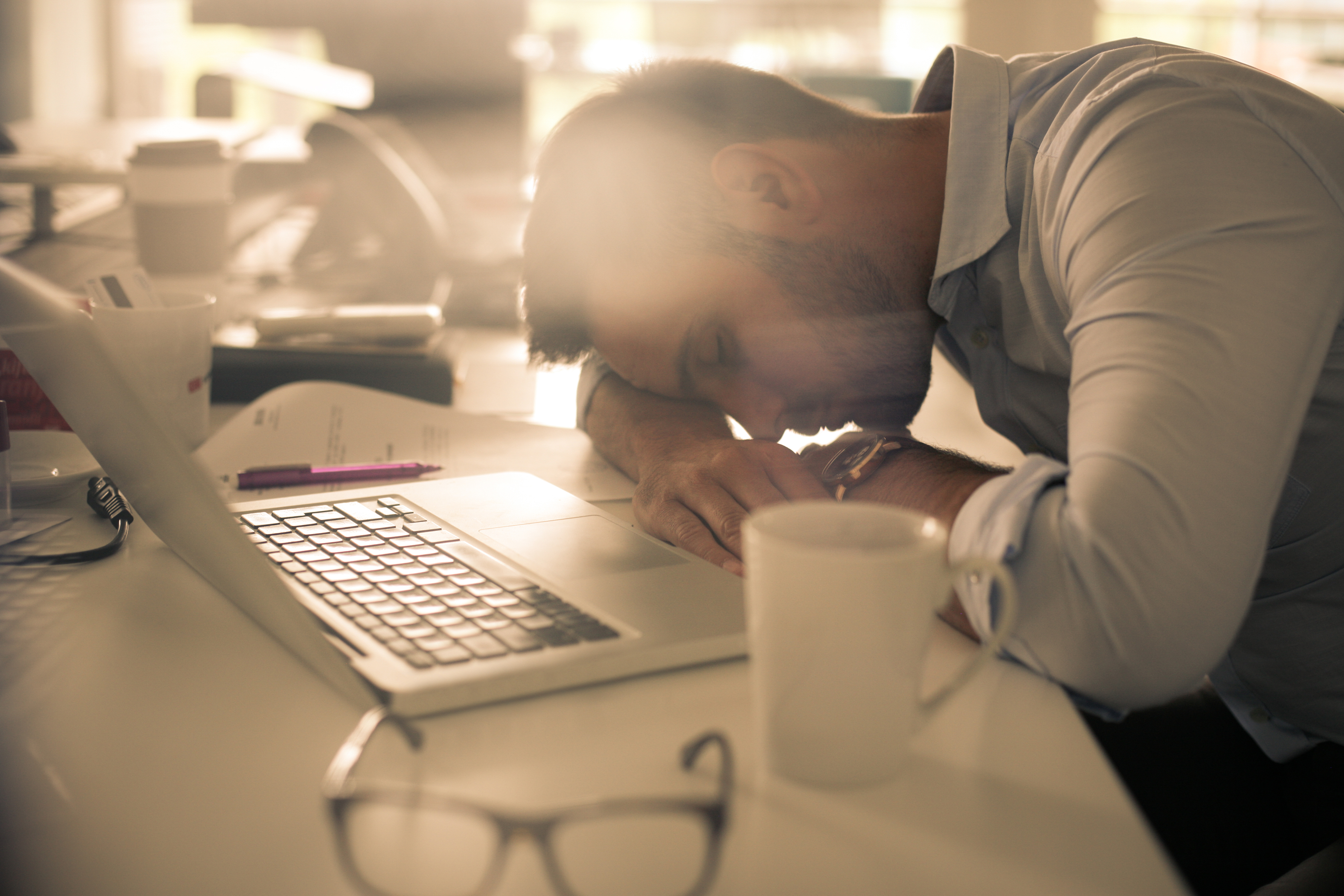 You know the feeling. You wake up and you can’t even think without getting your morning jolt of caffeine.

You have your first coffee. By noon, you’re crushed and tired. Sometimes, it happens much earlier. You get your next cup and the energy you get from this second dose of caffeine doesn’t last long either. Another fix comes with the after-lunch crush that is an inevitable part of this cycle.

At the end of the day, you’re exhausted from this roller coaster. At the same time, you still feel the jitters from all that caffeine in your blood and you’re far from being calm. Do you need another cup? Why not. After that, good luck with getting a good night sleep.

Some people, and you may be among them, are genetically more sensitive to caffeine.

The liver metabolizes caffeine with an enzyme called CYP1A2. The ability to produce this enzyme is genetic. If you feel jittery hours after drinking coffee and have difficulties sleeping at night, your liver is probably not metabolizing caffeine efficiently.

Other factors like your lifestyle and current physical and mental condition are involved as well. Caffeine activates your adrenal gland to produce stress hormones like cortisol and epinephrine.

It basically creates a stress response in your body. A repeated triggering of your adrenals on a daily basis can exhaust the adrenals and their ability to respond and produce an adequate amount of stress hormones.

When this process starts, some people may feel that coffee is not as effective as it was and they increase the amount of caffeine they drink. This cycle of constant stimulation can lead to adrenal fatigue, which is a serious condition of exhausted adrenals.

There are many lifestyle factors that contribute to a chronically stressed adrenal. Stress at work and at home, personal and psychological issues and overtraining are some of them. Drinking coffee in this case is like adding oil to the fire. 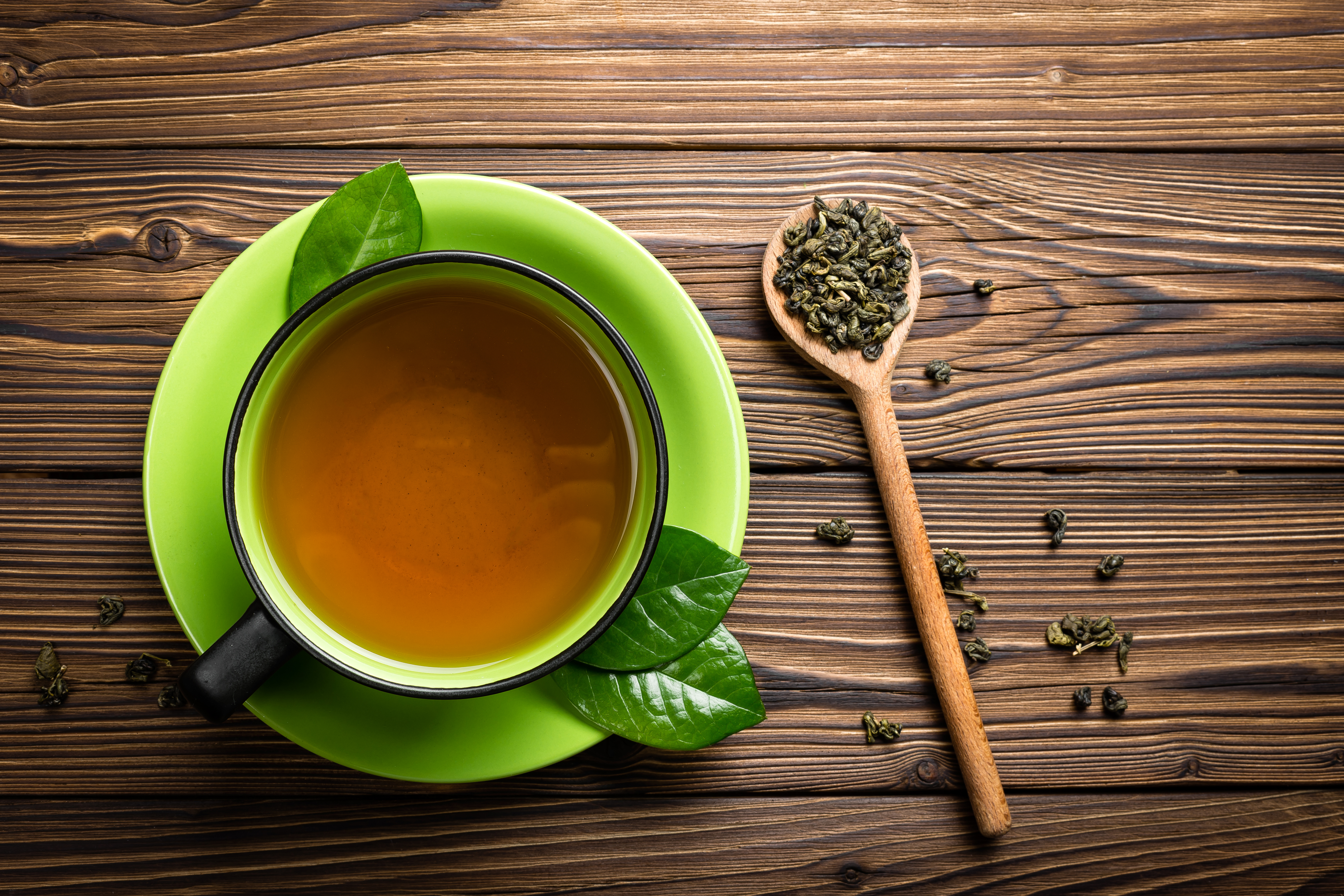 For some people with severe adrenal fatigue, totally abstaining from caffeine is necessary. The recovery of your adrenals can take weeks, sometimes months.

If you identify that you are sensitive to coffee, switching for tea can be one of the things you can do to prevent from getting sucked into this vicious cycle.

Tea, especially green tea, has been the subject of hundreds of studies and the evidence for its health benefits are impressive. Besides, it can provide an alternative energizing drink that works differently from coffee.

In terms of caffeine level, tea, especially green or oolong tea, contain much less caffeine and can be used throughout the day in maintaining a stable level of energy for hours, as opposed to the roller coaster effect of coffee.

Here’s a comparison of caffeine levels in different teas and coffee:

Personally, I find the difference between the stimulating effects of tea vs. coffee not only quantitative but also qualitative.

If we look at just the caffeine content, we can assume for example, that 2 cups of strong oolong tea will have the same effects as one cup of coffee.

But tea has also a different feel and quality. In my own experience, it has an energizing effect that is softer. It helps me concentrating and be focused but also relax at the same time.

It makes sense to me that tea is associated with meditative states and there is even a form of meditation called “Tea Meditation” where the preparation of tea and the drinking of it are a meditative practice by itself.

Coffee, on the other hand, has a “kick in the butt” effect. Nothing is smooth or soft here. It’s not exactly relaxing either. For me, the big wave of energy that comes with drinking coffee is hard to channel to a quiet activity that requires concentration like reading or writing.

If tea is a nice soft ride on the back seat of a Cadillac, coffee is a ride in the passenger seat of a Ferrari. Where would you prefer to read a book?

Looking at the science behind the effect of tea is interesting. Not surprisingly, there are a few components here that synergistically work together.

Together with caffeine, tea also contains theophylline and theobromine.

These are two components that are related to the caffeine family. They all belong to a family of organic compounds called Xanthines but here’s the interesting part:  Theophylline relaxes the smooth muscles in the airways. Medically, it has been used for treating asthma. It also stimulates the rate and force of heart contractions.

Theobromine like caffeine also stimulates the heart rate, but also improves blood flow in the body and thus creates a net reduction in blood pressure. (1) Theobromine is also present in cacao beans.

The other component in tea is L-theanine which is a type of amino acid that is mainly found in the tea plant Camellia Sinesis.  L-theanine increases the generation of alpha waves in the brain, which are associated with meditative states of consciousness or alert relaxation.

It was also found to increase the activity of neurotransmitters such as serotonin and GABA, which are associated with relaxation, and dopamine, which is associated with alertness. Studies of L-theanine in animals showed improvement of memory and learning. (2)

When it comes to exercising, especially a high-intensity training session, I find that coffee provides the best effect. Studies have shown that coffee increases speed and power capacity in activities that last as little as 60 seconds and last up to 2 hours. (3)

In my experience, drinking 1 cup of coffee half an hour to an hour before an exercise session can improve my capacity dramatically.

The level of alertness and energizing effect that will cause me to wander off in trying to read or study, are perfect for an intense workout.

Coffee for that matter is a physical experience as much as mental. I like to think of it like this: when you drink coffee, let the tiger run free.

One thing to consider though, is that if you’re like me and you’re somewhat sensitive to the effect of caffeine (especially from coffee drinking) it’s better not to drink coffee and start the workout right away.

A few times when I drank coffee right before high-intensity training I had heart palpitations. Not a pleasant experience.  So drink your pre-workout coffee about an hour before.

As always, in the caffeine debate too, there is no one size fits all. Some people need 3-4 cups of coffee a day to feel the effect and they will sleep like babies at night. For others, one cup of medium strength tea can cause hours of jitters and a sleepless night.

Your body sends you messages constantly. Learn how to listen to these signals and respect them because they’re revealing the truth about the state of your body and mind and what they really need, which as you know, is not always what you want.