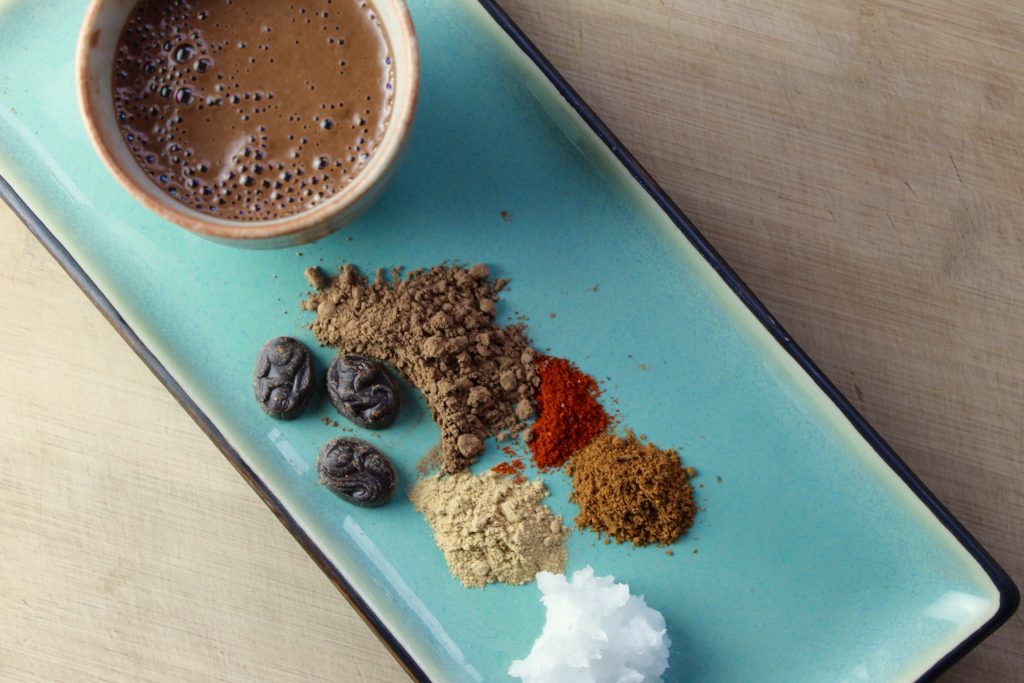 “Your adrenals are trashed”

These were the words of my functional medicine practitioner a few months ago.

Well, I wasn’t exactly surprised. I was doing intensity training sessions 3-4 times a week, working, and drinking coffee every day.

The adrenals are 2 small glands located above your kidneys and their job is to produce stress hormones – mainly cortisol and adrenaline.

Adrenaline is your fight and flight hormone. From an evolutionary point of view, it’s related to our survival mechanism and it is activated by fear, danger, exercise or other extreme situations. Adrenaline makes you more alert and sharpens your senses. I like to see it as the special force unit of adrenal hormones.

Cortisol hormones, on the other hand, are your infantry unit. They perform the routine work of dealing with any physical and mental challenge life puts in front of you. Cortisol in that sense makes most of the daily work.

Adrenal fatigue is maybe the most under-diagnosed condition out there and a huge part of the population is not even aware they have it. This is when your adrenals are worn out and not able to produce sufficient amount of cortisol to deal with life stressors.

So how is this related to coffee?

For many, me included, drinking coffee is like adding oil to a fire. It will create a temporary jolt of energy but will diminish your resources in the longer term.

Caffeine basically creates a stress response in your body and activates the adrenals to produce more cortisol. chronic stress accelerated by coffee consumption will wear out and deplete the adrenals even more.

If you feel the toll of coffee like I do there are some alternatives. The stimulants in the drinks I want to share with you in this post are gentler and don’t “attack” your adrenals as coffee does.

If you want to make a gradual withdrawal from caffeine, or feel like you have limited tolerance for coffee and you want to take it a little easier on your adrenals, black tea is a great option. These days i use it as my strong stimulant for concentration or a pre-workout energizer yet i don’t feel any downsides like i do with coffee.

Cocoa contains small amount of caffeine that won’t put too much load on your adrenals. It also contains theobromine and other gentle stimulants that work together with important minerals and antioxidants. In that sense cocoa is a more holistic stimulant that supports your body unlike coffee that tends to “rob” your body from it’s minerals.

Macca is a root native to Peru. Usually available as a powder here in the U.S or a supplement.

Macca is interesting because it is an adaptogen; a substance that stabilizes and balances your hormonal system. The reports on Macca as a stimulants are mixed. Some feel long term energizing effect, others feel coffee-like jitterness and even a later crash. If you know your adrenals are sensitive start with small amounts. As small as a quarter teaspoon per drink. Test yourself and increase gradually.

Cayenne pepper has many healing properties. Most known for it’s anti-inflammatory and antibacterial properties. It improves the blood flow and has a mild stimulating effect. I like the the punch i get from the heat and the way it contribute to the stimulating effect, especially on cold days.

Coconut oil is not a stimulant per-se but it gives you energy because it is made of MCT oils which are medium chain fatty acids. MCT rapidly absorbed as fuel in the body and increase metabolism. Not to mention the anti-microbial and immune boosting properties of coconut oil in general.

I was heavily influenced here by how the Aztecs of Central America used to consume their cocoa. Too bad for them they did not have blenders because it makes a huge difference, texture wise. The heat of the cayenne and sweetness of the cinnamon work nicely together.

If you’re sensitive to stimulants (as i assume you are if you’re reading this) try a smaller amount of Macca at first.

A pinch of cinnamon powder

A pinch of cayenne pepper – play with the quantity here, depending on the level of heat of the cayenne you’re using and your personal level of heat preference.

Blend everything in a blender. The texture should be creamy like a cappuccino 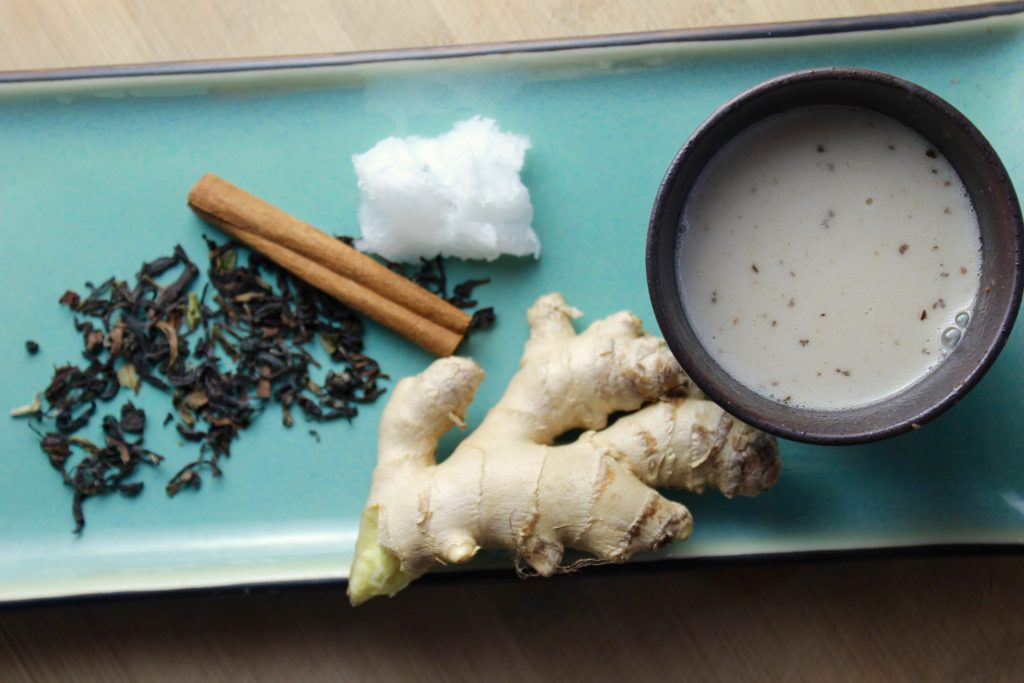 Use any black tea you like as long as it’s loose-leaf tea. Avoid the the bagged ones because they tend to be made of low quality tea.

The ginger kind of like cayenne adds spiciness and awakens your senses.

A pinch of cinnamon

In a small pot boil 2 cups of water with the ginger. Let it simmer for 5 minutes on medium heat.

Turn off the heat, add the tea and let it steep for 4 minutes.

Strain one cup of tea and add it to a blender with the coconut oil and cinnamon. Blend well.