Your Grandmother Was Right (Again) 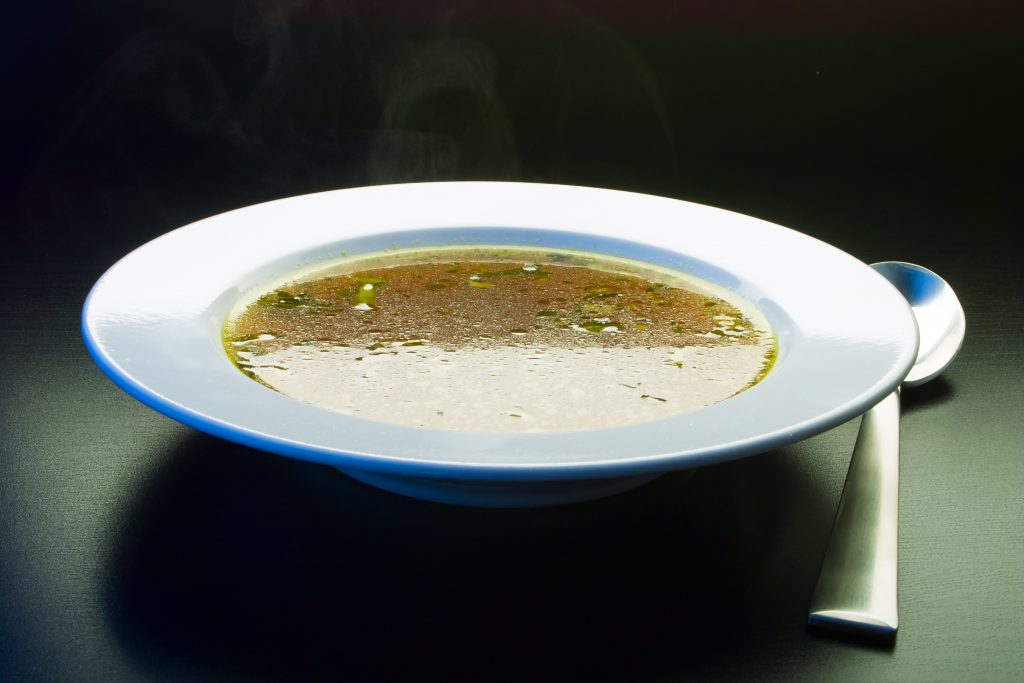 Coming from a Jewish family, chicken soup, AKA Jewish penicillin,  was a staple at home. It didn’t require a special occasion although it was part of any holiday meal I can remember.

Bone broth as a base to chicken soup was also served as first aid with the early signs of a cold or flu.  The steaming plate with the deep savory chicken flavor would appear on the table, and you knew that healing was on the way.

As children, we had the typical resistance for the greasy soup. For us, it was “old people food.”  But with the insistence of our mother (which didn’t leave much choice), spoon after spoon, we would surrender to the powerful nourishing effect of the magic liquid.

Even as children with an undeveloped palate, our bodies and instincts knew it was good for us.   A few minutes later, with an Oliver Twist’s look in our eyes, we asked for more. 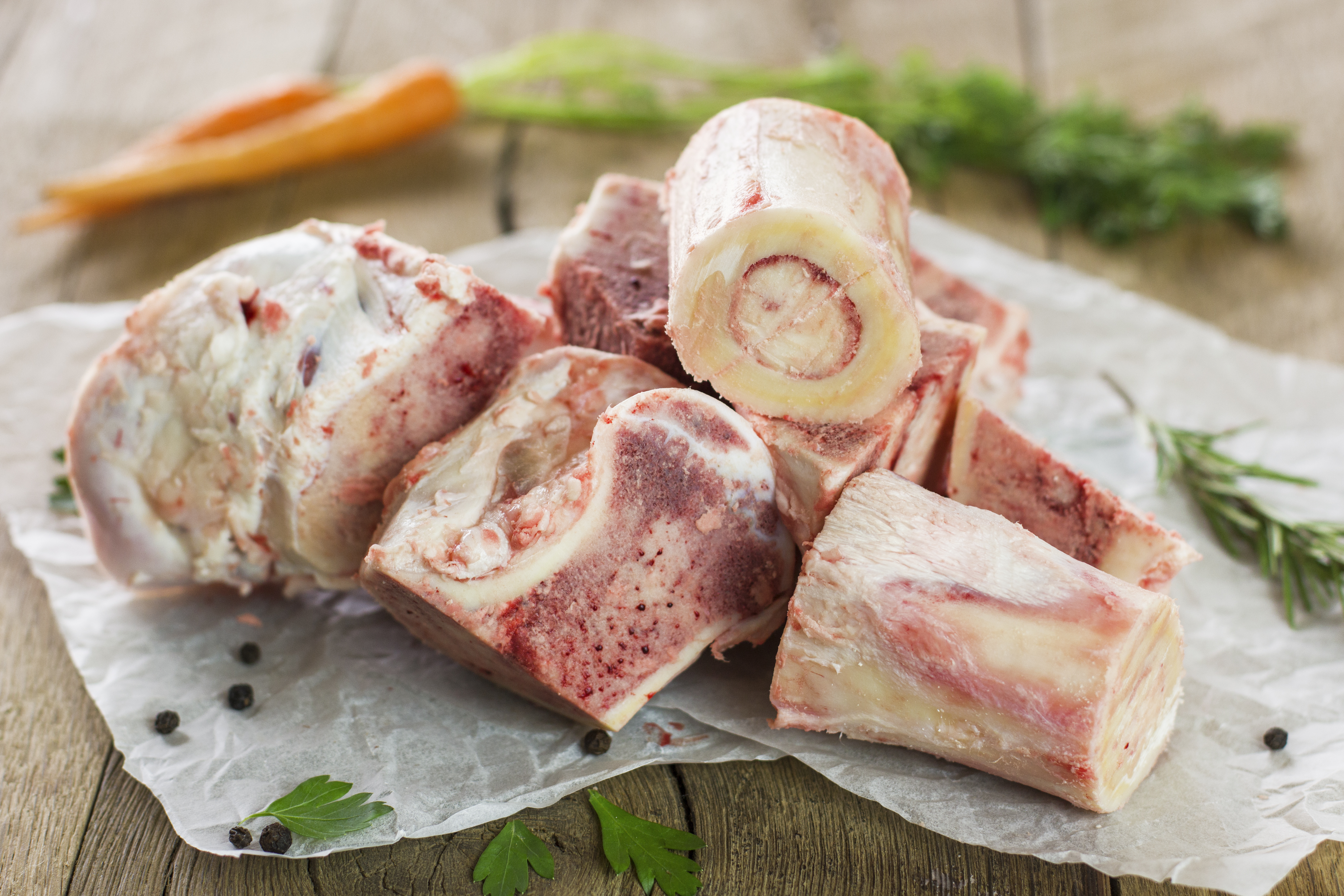 When I started working as a cook in a small French bistro in Tel Aviv, I learned the culinary importance of the stock, the base of so many dishes which makes the difference between just another dish, whether it is a soup, a stew, or a sauce, and professional and memorable cooking.

Stock, or both, is used in almost every traditional cuisine. Cooks have been using the feet, tendons, bones, and knuckles of cows, pigs, lambs, chickens, fish, goats, and many other animals, all over the world.

Bone broth to me is one of the strongest examples of how traditional nutritional wisdom meets science. Sally Fallon, who is a writer and a leading voice for a return to the traditional foods of our ancestors, has been a proponent of bone broth for years. In her classic book Nourishing Traditions, she writes about the nutritional value of bone broths. Some of the highlights of these benefits are:

Making broth is one of those old practices that demonstrates the essence of the respect humans have had for animals they ate–the idea that nothing goes to waste. The alchemy of producing a healing food with benefits that no other food has, from bones and tendons. Or what we would consider today in America as waste.

In times and places where meat was a luxury, bone broth was an excellent, cheap source for amino acids.

This ancient practice started disappearing from modern cooking after World War Two when the science of flavors emerged, mainly the discovery of monosodium glutamate – MSG.

MSG was a way to reproduce the savory flavor, or umami – in a laboratory using cheap plant proteins.

“When homemade stocks were pushed out by cheap substitutes, an important source of minerals disappeared from the American diet. The thickening effects of gelatin could be mimicked with emulsifiers, but the health benefits were lost,” writes Fallon.

The problem of consuming MSG is a controversial issue and probably deserves a post by itself. Let’s just say that the evidence of the detrimental effects of MSG has been piling up in recent decades, and we have some good reasons to suspect this substance just like all laboratory-produced food substances.

Bone broth is still being made daily all over the world. I witnessed the ancient cooking method in places like Thailand and Vietnam. In Hanoi, mom-and-pop shops boil bone parts in the early morning and sell the broth as the base for soups for breakfast and lunch.

The most famous of these soups is the Vietnamese Pho. At lunchtime, you’ll sit on a small stool in the middle of a hectic, noisy, not-so-clean street. But you don’t mind because you are all-consumed for a few minutes by this steaming bowl of pure goodness: some shredded or thinly sliced beef, green onion, and holy basil leaves. It doesn’t really matter because everything sits beautifully in a rich, meaty, and delicious broth.

Here in America, I suspect that many Asian restaurants use shortcuts like different powders and flavorings to create the same richness of traditionally made broth, but trust me – once you have tried the real thing you don’t want to go back to the artificial version.

The Revival Of Bone Broth 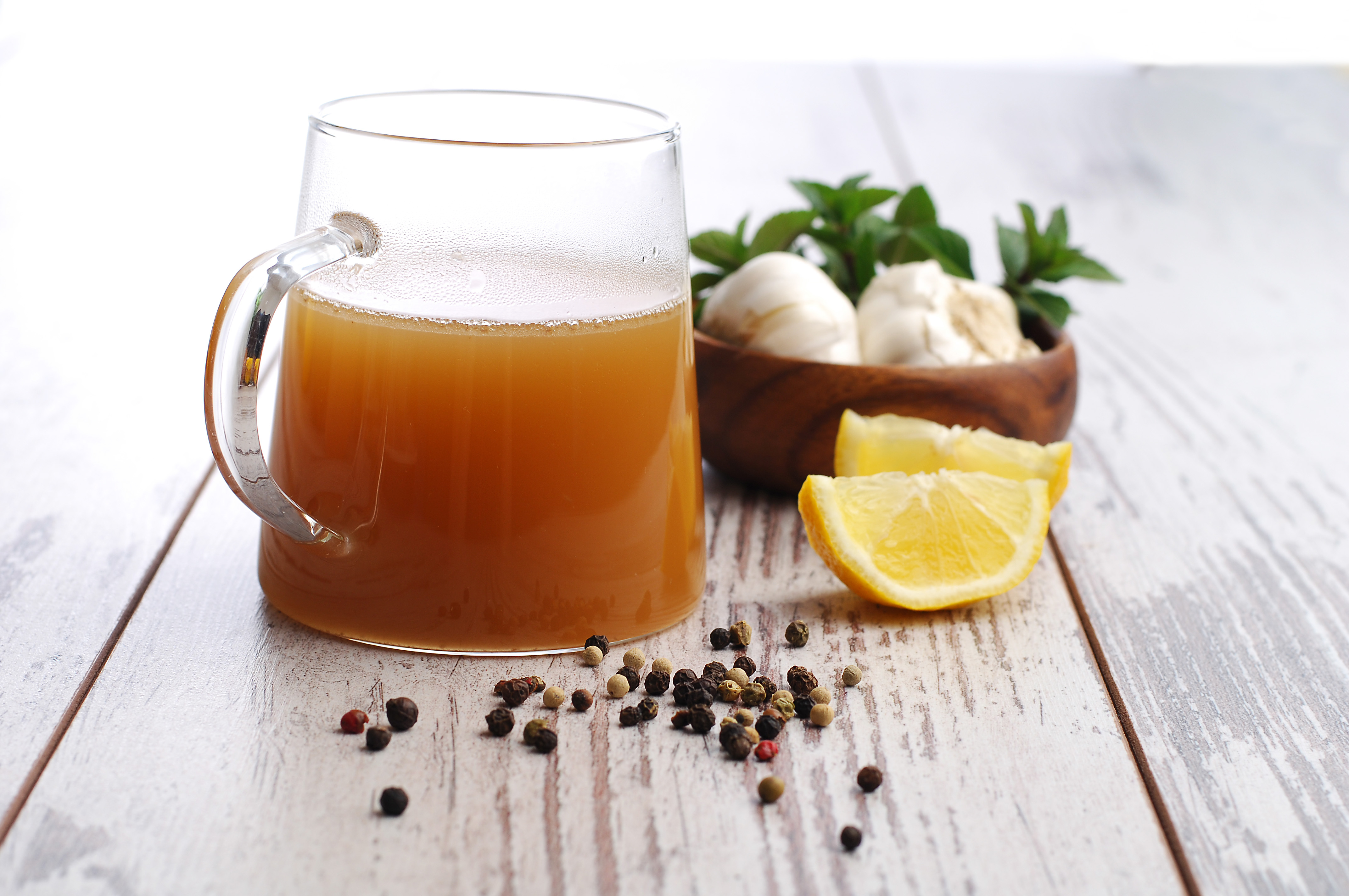 In the last few years, we have been experiencing what I see as a bone broth revival. Finally, the message of this ancient practice that goes back to the Stone Age is starting to penetrate our awareness again, and this is very exciting.

No doubt that the main reason for this revival is the Paleo-ancestral lifestyle movement. In many grocery stores these days, in the Bay Area where I live, you can find made-from-scratch frozen chicken, beef and fish bone broth.  Last November in NYC, Chef Marco Canora opened Brodo – a takeaway window at his East Village Italian restaurant, selling stock in cups. Now that’s what I consider to be a serious competitor for your morning or afternoon coffee!

In his book “Cooked” Michael Pollan tells us that Americans spend in the kitchen less than half an hour a day on average. The demands of modern life leave us less and less time for the fundamental activity of cooking. Properly made bone broth takes 24-48 hours and sometimes 72 hours to make(!). All this time is required if you want to extract all the proteins and minerals from the bones.

The majority of people, although aware of the amazing nutritional benefits of bone broth just don’t have the time.

Today, food technology allows us to enjoy the benefits of bone broth in minutes, by using bone broth powder which is dehydrated bone broth. All you need is a blender, and you can add it to your favorite smoothie or shake.

Every once in a while I still highly recommend making bone broth the old way. The experience of the long hours of preparing it and then eating it is satisfying and healing like no other form of food.

The movement of going back to bone broth will continue to grow, and as Sally Fallon says, we’re going to see a “brothel” in every town. I’m sure all of our grandmothers would be pleased.