One of the most exciting parts of working in a restaurant kitchen is the food that cooks prepare for themselves. 12 years ago, I was working as a cook in a Japanese restaurant in Tel Aviv.

The amazing sushi chefs I was working with were actually Chinese chefs trained in the Japanese cuisine, but they were obviously highly skilled in their homeland’s cuisine, as well.

Toward the end of a night shift, when the stream of diners started to slow down, they started the process of what was the most interesting and fun part of the shift: preparing our end-of-the-night dinner.

On many nights, especially during the winter time, the choice would be a hearty soup of fragrant meatballs in a rich beef broth, with some vegetables and a bowl of steamed white rice. Exhausted after the hectic night shift, with the final task of the night—cleaning and closing the kitchen—still ahead of us, we would gather in the parking lot in the back of the restaurant, sitting on improvised stools, sipping and eating our soups and feeling life’s energy slowly returning into our sore muscles and bones.

These Chinese chefs I worked with didn’t speak a word of English, and, needless to say, my Chinese was no better. All I did to learn how to make this was watching their soup-preparing ritual night after night. This is my version, based on what I learned from watching them. With some small adjustments I’ve made, this soup is a perfect paleo meal.

Start with the meatballs:

A wok would be ideal for this, but, if you don’t have one, you can use a wide pot. 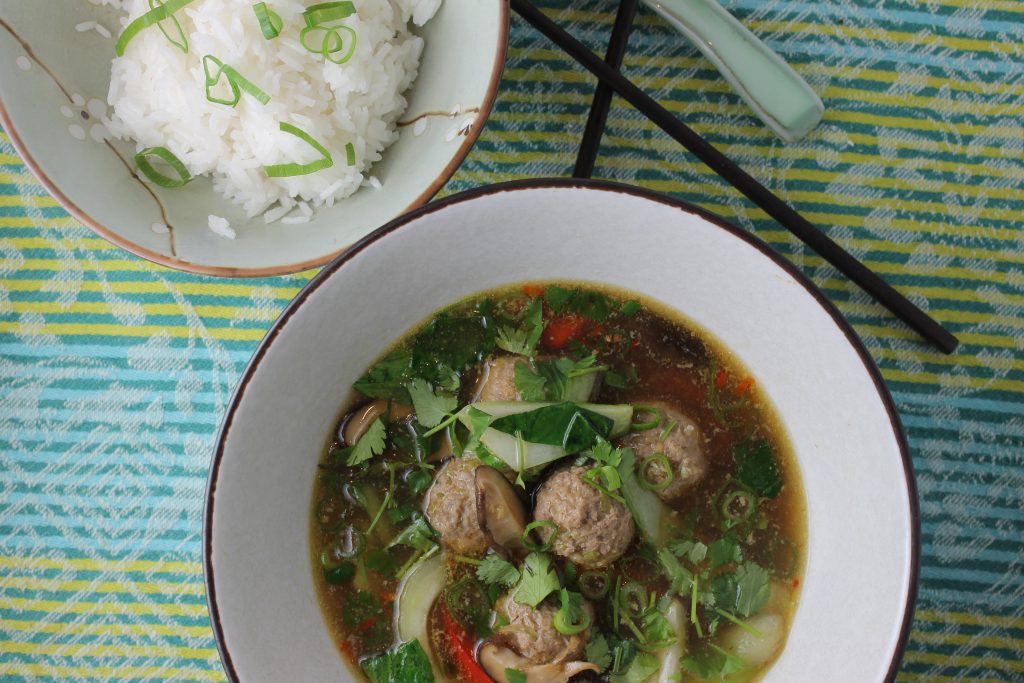