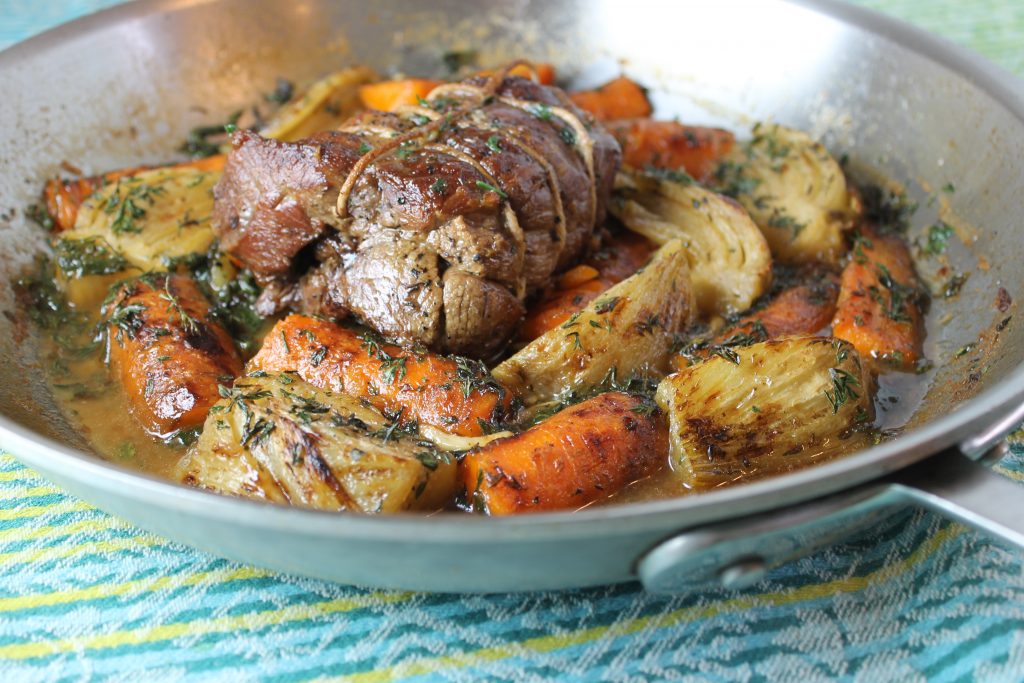 As a backpacker in India in my twenties, I remember that low-budget traveling was a kind of a sport among travelers. Who can survive on no more than $150 a month? Apparently, it was possible, and some fellow backpackers of mine did it with less.

However, I wasn’t among the most successful travelers in this weird sport. I didn’t mind the hardly basic lodging conditions – four bare walls, a questionable mattress, and a squat toilet.

What would exclude me from being one of the pros was the monotonous diet of rice lentils and some vegetables.

Although India is one of the best places in the world to be a vegetarian, every few days I had to break the cycle and treat myself.

I would go to a proper restaurant and order goat curry. After one bite, any competitive ambitions I had, were forgotten. Losing never tasted so good.

Goat meat is highly popular in India, but also in the Middle East, Africa, and Asia. In South America, the most well-known goat preparation is Cabrito al Pastor, a whole young goat roasted on a spit in the open air.

From Asia, several versions of the famous goat curry have spread out to many parts of the world; one of the most popular versions is the Jamaican goat curry

Up until recently, goat was almost an obscure form of meat eating, which is a bit odd considering how open American cuisine has been to multinational influences from all over the world.

On the other hand, American cuisine has always demonstrated this kind of openness as long as it was able to brutally adjust and twist an ethnic dish to suit local preferences.

I’m not sure for example if an Italian will identify the baseball-size meatballs served over spaghetti here in America as a particularly authentic Italian dish.

Hummus would be another example. Coming from the Middle East, I can assure you that the grainy chickpea paste you buy here in the supermarket is nothing like the real Hummus, no matter how authentic the marketer wants you to think it is.

Goat, so it seems, hasn’t passed the American cuisine screening test. It’s the “gaminess” some will say, but personally, I get annoyed by the word and the bad connotation it has.

If you’re eating an animal, you should expect a certain level of flavor and texture complexity. More than this – you should appreciate it. Unless of course, you’re satisfied with your boneless, skinless and fatless over-sized chicken breast.

Bruce Weinstein and Mark Scarbrough who wrote the book “Goat,” suggest that for many Americans, the first encounter with goat meat was in their Caribbean vacation, where the culinary culture prizes the meat from mature male goats.

The flavor of this meat is much too pungent and “goaty” for the American palate. The preferable meat comes from goats that are slaughtered young, at six to nine months old.

Although goat meat still considered to be under the radar in the U.S, slowly but surely, demand for it has increased and doubled in the last decade. And for good reasons.

Goat is delicious. to me, it feels like something between beef and lamb in flavor. It’s not as sweet as pork or beef and it’s more on the savory side.

The meat is rich with collagen that breaks down in long stewing or braising and creates a beautiful texture and flavor, not to mention the health benefits.

If you’re still a little fat-phobic, or just experiencing difficulties digesting fatty cuts of beef or pork, you’ll be happy to know that goat is much leaner.

Goat farming is less environmentally taxing since goats are browsers and not gazers like cows. This means that they will eat most of the things that cows wouldn’t, like the underbrush, weeds, and leaves. By doing that, goats remove the competition for soil nutrients and help restore the pasture.

The low demand for goat means that there are no goat factory farms. This is great for the environment, but also great for keeping the quality of the meat without having to compromise it as in the case of cows and pigs from factory farms.

This is a basic recipe for braising a goat leg, and it requires no special spices or herbs. Four hours in the oven on a very low heat will give plenty of time for the meat, aromatic vegetables and stock to get to know each other and create a depth of flavors.

Season the meat with salt and pepper liberally, from all directions.

Use a large, heavy pan that has a top, ideally cast iron, and make sure it’s wide enough to contain all the ingredients in one layer.

Brown the goat leg from all directions using low to medium heat. Be patient with this process and don’t try to rush it.

Put the meat aside.

In the same pan, sauté the carrots and fennel for 4-5 minutes on low heat, then add the garlic and sauté for another minute.

Add the stock; increase to high heat, and while stirring, scrape all the small residues left from the browning process.

Bring to a gentle boil and place the meat in the middle of the pan with the vegetables around it. Cover the pan and put in the oven. Check after two hours to see if there is enough liquid in the pan. If not, add a little.

Return to the oven for another two hours.