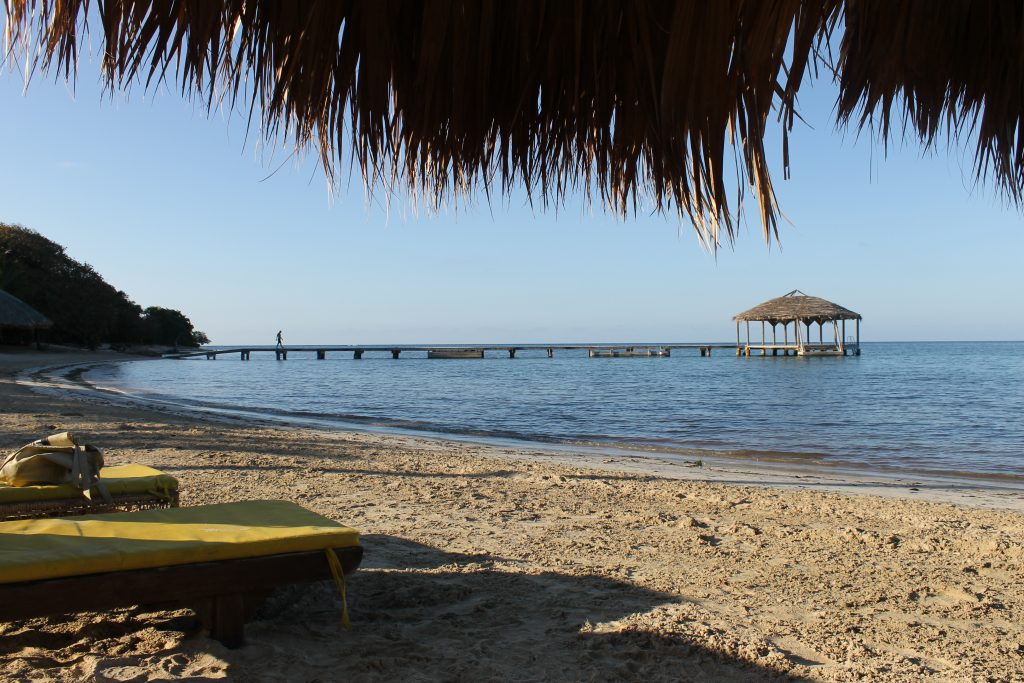 My wife and I just returned from 2 weeks on a Caribbean island. The body is still soft, and the mind still light. For 2 weeks, I didn’t spend any time in front of an electronic screen (but my kindle), didn’t receive or send any e mail, and didn’t post anything on Facebook or any other network. Without making a conscious decision to do it, we were doing digital detox. The first day or two was kind of difficult. I was in this perfect place: a tropical beach with clear, turquoise water, white sands, and palm trees, and I still couldn’t relax and enjoy it. I was irritated—even a little angry. My mind was racing in different directions. I was frustrated by the fact that I wasn’t having fun, getting sucked into a vicious cycle of negativity. What was this?

I realized that I was experiencing withdrawal symptoms. The sudden lack of constant stimulation from electronic devices made me feel like a junkie deprived of his drug. After two days, I gradually started to relax. I felt like my mind was able to tolerate more “empty” space and that moments of boredom, which were unbearable at first, turned into pleasant, spontaneous meditations. I felt like I was able to just be, and it felt great.

I was born 42 years ago. That means that I belong to the generation that grew up during the first years of the Internet revolution. When I was in school, the Internet as we know it today didn’t really exist. 10 years later, the Internet was already sweeping the world in a tsunami that changed everything forever. From a childhood with no cell phones, computers, or tablets, my generation grew into an adulthood of non-stop connectivity.

And the process of ever-increasing connectivity is far from over. It seems that, every year, our lives become more intertwined in a web of information that becomes tighter and tighter.

Some say that the pace of technological changes we are experiencing is dramatically increasing. In the 70s, Alvin Toffler coined the term and wrote the book “Future Shock,” where he described the fear and mental irritation found in a world with an ever-increasing change. However, I feel sometimes that the change— more specifically, the change in the information dosage we get each day—is fast, but not fast enough for us to really notice the negative side effects of it.

The change and it’s effect on us is more of a creeping type: you add one more app to your smartphone. So what, right? Suddenly, you notice that you have twice as many apps on your phone than you had a year ago. Each app is, of course, communicating with the others and demands your attention by pushing more information to you through a device has become almost part of your body.

Every once in awhile, you’re required to update your operating system, so your device will be able to support more and faster information flow. Of course, you update your system. It takes just a few minutes, and you don’t have to do anything. Then, you maybe add another app to support and complete a different app that you already have.

The same thing is happening with other devices you own. Suddenly, you feel that you NEED to have a home computer, a laptop, tablet, smartphone, and a T.V streaming service. It reminds me—and I’m paraphrasing here—of something Louis CK said probably in a much funnier way than I can: think about how quickly we get to the point where we can’t imagine our lives without something we didn’t know existed 10 minutes ago..

How did that happen?

It’s true that, on a cultural-historical level, the change is happening fast. From an evolutionary standpoint, it’s happening as fast as the speed of light. But on the level of your daily sense of time, the change seems normal and organic. It crawls in silence. I see it like this: If you take a 2 gallon bucket and try to fill it with water as slow as one drop a minute, that doesn’t seem fast, right? However, in 4 months, you’ll get a full bucket of water. (I checked. Really..)  If you didn’t get the metaphor, the bucket is your brain.

Our brains are flooded with information, and I’m not even getting to the issue of quality or how much of that information has real value to us. The fact is that we have less and less empty space in our consciousness—spaces where we can just be with the immediate reality surrounding us and not the one mediated by screens.

This can’t be more relevant on the paleo level of things. 20,000 years ago, when a hunter-gatherer woke up in the morning, he didn’t automatically reach for his smartphone. He stepped out of his cave and looked at, listened to, and smelled the environment around him. His connection to the immediate surroundings and the present moment was very strong. I’m pretty sure he had much wider gaps of emptiness in his consciousness during the day.

Psychologists and brain experts are already piling up research and studies about the negative effects of hyper-connectivity and the constant state of being in digital reality. Many of the findings about hyper-connectivity are related to an inability to communicate eye-to-eye with other people, mainly among the younger generation. Depression, anxiety, and attention disorders are also tightly related to the issue. 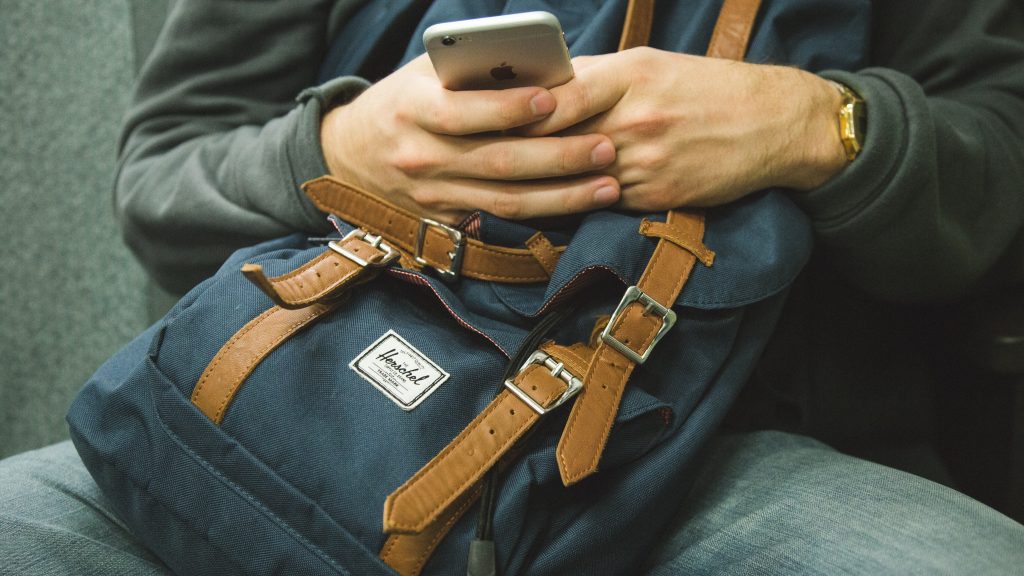 Present time philosophers and historians have frightening predictions for the future, where information and constant connectivity will become a new religion. Some are even saying that, in the future, information will no longer be a tool to serve us; instead, information will be the purpose itself or even some kind of god. In this future world, if you are not a part of this information web, receiving, sharing, posting, or tweeting, you won’t exist. We’ll depend on information like oxygen.

If you think this is a bit out-there and far-fetched, all you have to do is to look back 20 years, when all you had was maybe that flip-phone and one home computer. That is, mind you, only 20 years ago. Without getting too deep into these prophecies, I suggest we look at what is happening to us today. Don’t get me wrong: information technology is great, and I truly believe that it makes the world a better, safer, and healthier place, however, it takes it’s toll.

Diabetes, obesity, and heart disease are mismatch conditions where modern foods and lifestyle are contrasting with the evolution of our bodies. The same relationship occurs between our  minds and information. Our minds can’t keep up with such rapid change. We were not designed to receive this constant barrage of information.

The modern consciousness is becoming a state of madness, on the verge of exploding. One of the symptoms we can see is how people lose the ability to just “be.” We misinterpret the state of being for boredom and constantly avoid it.

Let’s take the daily act of waiting, something we all do: people at the doctor’s office, train station, airport, or at the bank wait with heads bent down, gazes hooked to the screen. We became technology zombies. Try it the next time you’re on a waiting mode. How long it takes before you automatically reach out to grab your phone? Next time, when you notice the urge, hold for a moment. Don’t do anything. Let yourself be bored for a moment. You’ll find its harder than you think.

The paleo mind needs space. We function and feel better when we don’t overload our brains. On my last day on the island, I stood in front of the Caribbean Sea, taking in the many shades of blue and green, feeling grateful and relaxed. I knew that, in 24 hours, I’d be back in the world of screens, emails, and texts. The familiar sense of stress and worry started creeping in, but there was also the feeling that I had learned something on this island.

I realized that we can’t afford to only allow ourselves mental space on vacations. The principle of putting a limit on the endless flow of information must be practiced in the real world of our daily lives.

“Another challenge…” I thought. I looked at the sea and the sky again, emptying my mind, letting the Caribbean breeze do it’s thing one last time.