The Religion of Nutrition 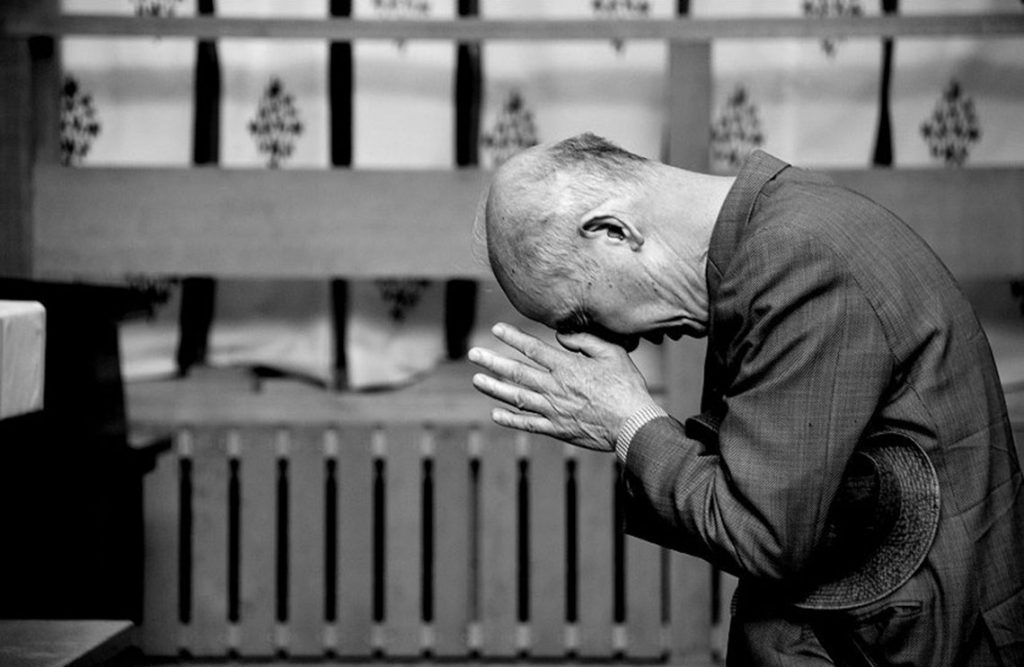 As someone who’s very passionate about nutrition and food, I sometimes make the mistake of getting into nutrition debates in the social media sphere. These are the bloodiest battlefields of nutrition conversation.

It usually starts with a post about a recent study or research about some controversial nutritional subject. Milk causes cancer. Veganism will save your life. Veganism will kill you. Everybody should go on a ketogenic diet. You get the idea.

Many times, provocation is the only motivation behind the post. Sometimes, it comes with the honest intention to share something a person truly believes in.

Sooner than later in the discussion, someone will launch an angry response. “How dare you! Vegan diet cured my mother’s cancer!” Then someone else will bring up the case of a dangerously malnourished vegan child. At this point, the discussion starts to escalate and it’s all downhill from there.

If you would expect these discussions to be based on scientific, critical thinking, then you’re just as naïve as I am when I’m diving right into them. The participants are not here to share, to listen or to learn. Many of them come with a well-structured agenda of what’s right and what’s wrong. There is no doubt in their minds. Everything they claim is the only and total truth, and the discussion is just their platform of preaching and spreading the gospel. They are the evangelists of nutrition.

How does someone become an orthodox low-carb believer or a religious raw food vegan diet follower?

It usually starts with a therapeutic personal experience where a person experiences life changing improvements and healing, after going on a certain diet. It can be low-carb, vegan, strict paleo, or macrobiotic; it doesn’t really matter. After years of fighting a disease and a vicious cycle of fluctuating weight, finally, some real health improvements and stability are achieved. It is understood why someone would have a strong impulse to share and help everyone around him.

The experience of breaking the cycle of disease is no doubt a profound experience. After all, what is more powerful and valid than a firsthand personal experience? It is so powerful that it can eliminate any space for doubt or critical thinking. This is how one becomes a nutritional evangelist.

In reality of course, the logic of “what worked for me must work for others” fails. As much as we like simple and easy solutions, there is no one-fits-all-solution. The reality is that we are incredibly complicated creatures. We are born that way. The endless numbers of elements, physical and mental, which influence us every day of our lives, multiply this complexity.

I like what Chris Kresser writes in his excellent ebook about low-carb diets:

“The belief that everyone will benefit from one particular dietary approach—no matter what it is—ignores the important differences that determine what is optimal for each person. These include variations in genes, gene expression, the microbiome, health status, activity levels, geography (e.g. latitude and climate), and more” (1)

Take veganism for example. I once had the nearly traumatic experience of participating in a Facebook debate about meat eating vs. vegan diet. I was also part of a very small pro-meat minority against a group of very angry, militant vegans. It was brutal. Obviously, when it comes to veganism, the moral dimension of the discussion complicates things much more, but even if we isolate the moral from the purely nutritional aspect of the discussion, there is no way you can convince some vegans that nutritional science contradicts their utopian plant-fed world. I know that some in the paleo community like to pick on vegans, it’s an easy target. That is however not my point, besides, I’m sure that vegan diet is actually good for some people (although a small minority) at some times and in some places. Again, we are bio-individuals.

For the sake of equality, let me give you another example. There is another religious sect called low-carb or ketogenic diet. There is no doubt that low carb and ketogenic diet are highly effective in improving certain conditions. Among those are over-weight, metabolic syndrome, epilepsy, Alzheimer and Parkinson disease. However, in this case too, this doesn’t infer that these diets are appropriate to everyone and in any circumstance. These diets are very popular in the paleo community, but science shows us again that the reality is never simple and in some cases these diets can have a negative effect.

I had the questionable pleasure in participating in another Facebook debate. One of the people, sworn-by the ketogenic god, insisted that the ketogenic diet is the perfect diet for everybody on earth in any condition. Following some of the things that guy said before, I noticed that he actually had a very deep knowledge of the metabolic pathways behind ketosis and low-carb diet. However, his conviction is where science turns to religion. How can you even start talking about facts when the discussion is based on faith?

The problem is that no matter how preposterous a claim might be, when it is said with such conviction, some people tend to listen more. This is where a person like that, with his influencing abilities, becomes a guru-like to others and can potentially cause some real damage.

Not surprisingly, you’ll find food extremists on the edges of the diet spectrum, where the most restrictive diets are and where the rules are clear and definite. I’m not trying to say that all low-carb enthusiasts and all vegans are food fanatics. I have met and talked to many people who made a well-educated decision to go low-carb or ketogenic or, I even dare to say, vegan, and they thrive on these diets. However, these people don’t necessarily have the missionary impulse to convert everyone around them.

Is Paleo A Religion Too?

I think that for many people, the paleo diet is perceived as a very restrictive and well-defined set of rules. Especially a few years ago when the trend started, paleo for many people was lean meats, vegetables, some fruits and nuts. The list of foods you can’t eat was actually much longer than the one listing the foods you can. There is also the notion that paleo diet means eating only foods that were eaten until 10,000 years ago. That of course is a huge misconception, as it not only turns paleo into a religion, but also a ridiculous one.  A pre-historic hunter gatherer wouldn’t recognize the majority of the foods that we eat today, no matter how “wild” they are.

I attended the last paleo conference in Austin this year, and the impression I got was that the concept of paleo matured and became much more inclusive. It’s ok for some people to eat some legumes, as long as these foods were prepared properly and as long as you can tolerate them. It’s ok to consume some dairy products as long as you’re not allergic or sensitive to them. You’re probably not going to drop dead if you have some rice or other grains.

The trend of inclusiveness and the widening of possibilities is a very positive trend because it reflects a deeper understanding of the infinite complexity of our bodies and minds and the concept of bio-individuality. It also reflects the true nature of the “real” paleo diet, which was very diverse and varied dramatically between different ancient populations.

Let’s take a hot topic like how much carbohydrates you should eat. The ratio of carbohydrates in the diets of the hunter-gatherers populations varied between 3-50% of their total calories depending on the population studied, and the latitude on which they lived. Populations living closer to the equator could get more than 60% of their caloric intake from fruits and roots. On latitudes distant from the equator, the hunter-gatherers lived on a 20% caloric value or less from carbohydrates. Humans obviously had to be hyper-adaptive to their environments. (2)

Doubt is Your Friend

In any process of acquiring knowledge, especially if it’s a science based process, there should be room for doubt. Losing the ability to doubt what may seem like an absolute truth makes us religious about it. This is where we stop evolving and improving.

In the middle ages, religion had the answer for all the big questions. The science revolution that followed was based on the notion that “nothing is known” and everything should be doubted. Doubt and constant investigation became the default mode. I think that ever since, the doubt that forced constant investigation, has been the drive that allowed us the depth of knowledge we have today. Also, let’s not forget that even science, as powerful examining tool as it is, is limited. The reductionist approach of breaking down the whole to the sum of it’s components can show us only part of the reality. Especially when it coms to nutrition and food, elements like intuition and art not less important.

The take away is to keep our minds open. For that, we need to realize that learning and development is a constant and on-going process. If you’re lost between the different diet-cults around you, I’m not blaming you. One message can be strong and convincing just as much as the one that totally oppose it.

Stay calm. Use your intuition and do your own research. Get a firsthand experience by trying different things because your own body is your most reliable lab. If you insist on finding some absolute truths in the chaotic world of nutrition, I can suggest two guidelines: first, we’re all different. Second, we all need real food. I think we can all agree on that and if that’s a religion, then sign me in.